Formation of the Communist Party of India at Tashkent (1920)

Formation of the Communist Party of India at Tashkent (1920)

Like in other parts of the world, the Russian Revolution of 1917 served as a great inspiration for revolutionaries in India who at that time were engaged in the struggle for the liberation from British rule. Many of them were living in exile and had been in contact with Lenin and the Bolshevik Party and in 1913-14 some of them had formed the Ghadar Party. But it was in 1920 that the Communist Party of India came into existence.
The ground for the formation of an émigré Communist Party of India was prepared by The Second World Congress of the Communist Third International (1920). The Comintern Executive committee (ECCI) set up a sub-committee, the ‘Small Bureau’, to begin the process. The Bureau organised the First Congress of the Peoples of the East at Baku in September 1920, specifically aimed at fighting imperialism in Asia. This was followed by the formation of the Communist Party of India on 17 October 1920 at Tashkent. The seven members were M. N. Roy, Evelyn Roy-Trent, Abani Mukherjee, Rosa Fitingov, Mohammad Ali, Mohamad Shafiq and Acharya. Shafiq was elected as the secretary of the party, Roy as secretary of the party’s Bureau based in socialist Turkestan and Acharya as the chairman who signed the minutes. At the first meeting on 17 October, the organization adopted its name as the ‘The Indian Communist Party’. The inaugural meeting also adopted the principles of the Comintern and decided to work out a programme of the CPI that was ‘suited to the conditions of India’. A preliminary discussion was held on membership procedure and affiliation to the Comintern. The meeting was concluded with the singing of ‘The International’.
M.N. Roy, as the principal organiser of the party, was keen on and successfully recruited young ex-Muhajir students from India. Roy and Evelyn Roy-Trent, his wife and comrade at the time, played a key role in bringing Mohammad Shafiq, Mohammad Ali and other ex-Muhajirs into the fold of the nascent communist party. The former Muhajirs (Muslims on self-imposed exile from colonial India) were losing their faith in Pan-Islam and enthusiastically joined the early CPI as its founders and earliest members. They had started their journey from India as Muhajirs  and joined the process of hijrat, or religious exodus from the land ruled by the infidel (British colonisers). This was an anti-colonial impulse which gained ground among a section of Indian Muslims during the First World War and its immediate aftermath. It was expressed through anti-imperialist Pan-Islamism and showed a marked tendency to align with other anti-colonial tendencies and groups. The aim of the Muhajirs was to reach Afghanistan and Turkey. Some of them had made their way through the North West Frontier Province to Afghanistan, and from there to Soviet Central Asia. In the Bolshevik territories, they underwent an ideological transformation.
The minutes of the CPI of 15 December 1920 reveal the induction of three others as candidate members who had to complete a probation period of three months for full membership of the party. The same meeting also elected a three-member Executive Committee with Roy, Shafiq and Acharya. The party was registered in Turkestan and recognized by the Comintern as a group with a consultative voice during the Third Congress of the International in 1921. Many of the ex-Muhajirs who joined the party in early 1921 travelled to Moscow and enrolled in the newly started University of the Toilers of the East.
The formation of the CPI was followed by the establishment of an Indian Military Training School in Tashkent. The school functioned from October 1920 to the end of May 1921. Its students, such as Rafiq Ahmad and Shaukat Usmani, later shifted to the University of Toilers of the East in Moscow. According to Muzaffar Ahmad, one of the pioneers of the communist movement in India, at least twenty-one names of young Muhajir students could be identified from the records. They had joined the Tashkent Military School and later some of them had enrolled at the university in Moscow. Of them, ten were arrested when they returned to India to form a communist movement. They were tried in the Peshawar Conspiracy Case and convicted to various terms of rigorous imprisonment. Shaukat Usmani who had been convicted in the Kanpur Bolshevik Conspiracy Case of 1924, was re-convicted along with Mir Abdul Majid in the Meerut Conspiracy Case of 1929. Muzaffar Ahmad dedicated his memoirs of the CPI to Abdul Majid and Ferozuddin Mansur, two of the pioneering ex-Muhajirs turned communists from India.
Though the émigré communists faced persecution when they tried to return, their activities from abroad boosted and preceded the emergence of the communist movement within India. The formation of the party in Tashkent was followed by initiatives by the émigrés to connect with activists such as Muzaffar Ahmad, S. A. Dange, Singaravelu Chettier and others who were inspired by the Bolshevik Revolution of 1917 and were turning towards Marxist-Leninist politics and organising small communist groups in Bombay, Calcutta, Madras, Lahore and Kanpur in the course of late 1921 and 1922. 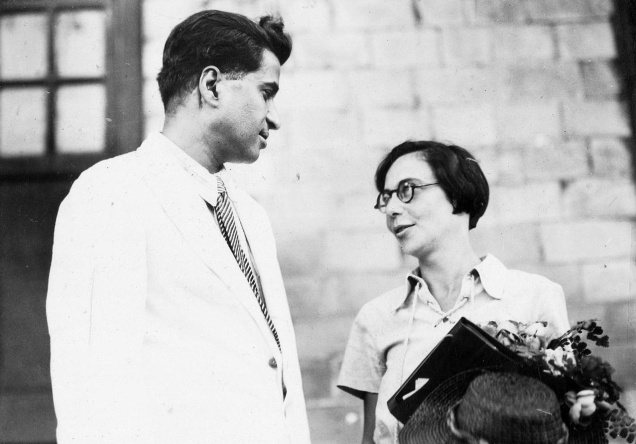