The Left parties called for a protest day on August 7, 2019 all over the country. Here are some photos from March in Delhi.

The Left parties had called upon the people of India to strongly protest against illegal and unconstitutional methods employed by the Modi Government. These issues are not confined to Jammu & Kashmir alone. They constitute an attack on democracy, federalism and the constitutional order.

Stop this Destruction of the Indian Constitution.

Stop the Destruction of the State of Jammu & Kashmir. 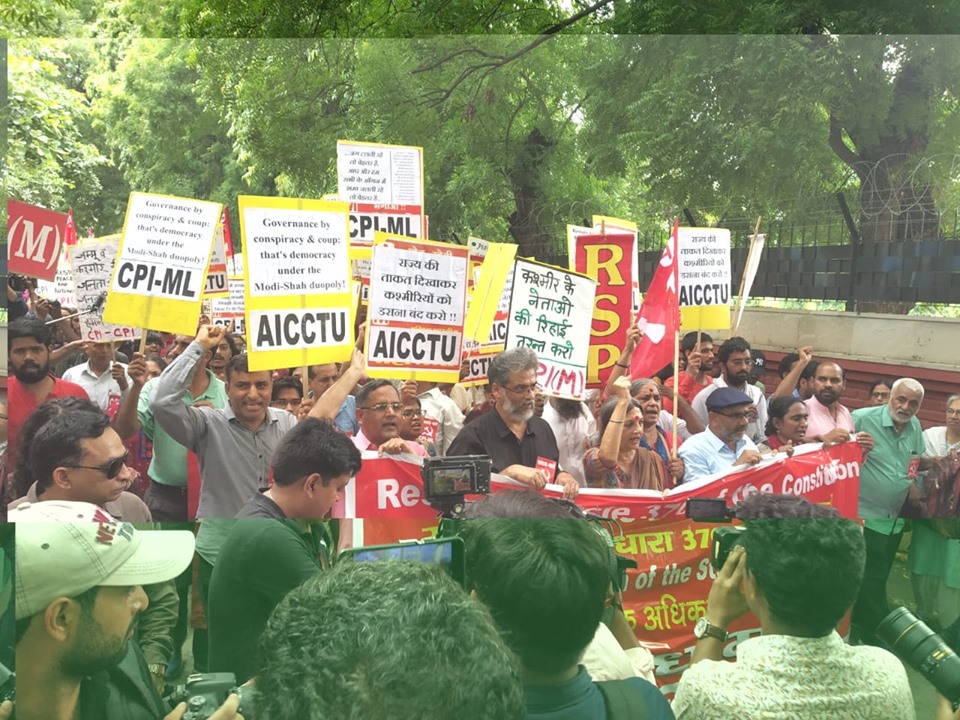 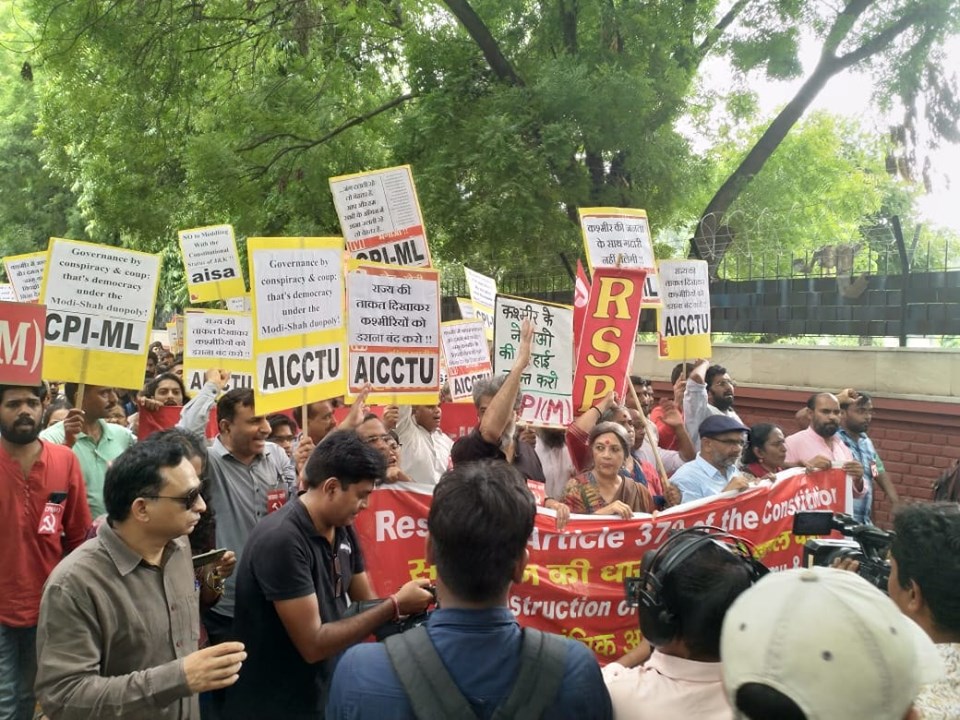