Commandant-in-Chief Fidel Castro Ruz, outstanding leader of the Cuban revolution, staunch internationalist and architect of socialism is no more.

The Polit Bureau of the Communist Party of India (Marxist) pays its respectful homage to the memory of this towering revolutionary figure who did so much to shape the revolutionary movements in the second half of the 20th century. 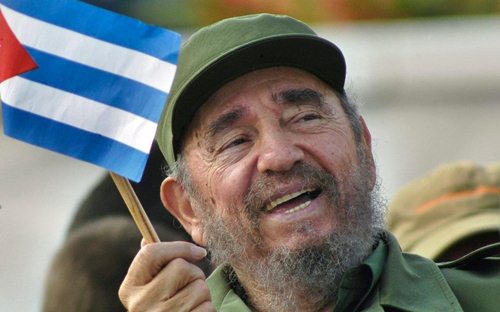 Fidel Castro brilliantly led the revolutionary uprising against the hated Batista regime in Cuba. The Cuban revolution which succeeded in 1959 became the first socialist revolution in the western hemisphere. Under his dynamic leadership Cuba emerged from the shackles of semi-colonialism and slavery and built a society where tremendous strides were made to create a socially just society with universal education, health care, food provisioning, women’s rights and racial equality.

Fidel Castro as President of the Cuban State and as the First Secretary of the Communist Party of Cuba provided the leadership for this revolutionary transformation.

Fidel Castro, the intrepid revolutionary, drew the ire of the biggest imperialist power, the USA, just 90 miles away. For five decades, Fidel Castro led Cuba in fighting off the various conspiracies to destroy socialist Cuba including the efforts to physically eliminate him. Cuba continues to valiantly resist the economic blockade imposed by the US.

The Cuban revolution became a beacon light for all revolutionary and progressive movements in Latin America and inspired the Left advances there. Fidel Castro became a revolutionary icon for the third world countries and inspired generations of young people. He played a leading role in the Non-Aligned Movement.

Under Fidel’s leadership the Cuban revolution undertook an internationalist role which was truly remarkable. Fidel dispatched the Cuban armed forces to help the struggle against colonialism and imperialism in Angola, Mozambique and South Africa. Under his leadership Cuba continued to render internationalist service by sending doctors and teachers to various third world countries.

Fidel Castro proved to be a creative practitioner of Marxist theory and practice. He emerged as the most eloquent champion of socialism in the second half of the 20th century.

In his passing away an era has ended. But his revolutionary legacy will endure. His life and example will continue to inspire revolutionaries and progressives all over the world in times to come.

The Polit Bureau of the Communist Party of India (Marxist) dips the Red Banner in homage to him.