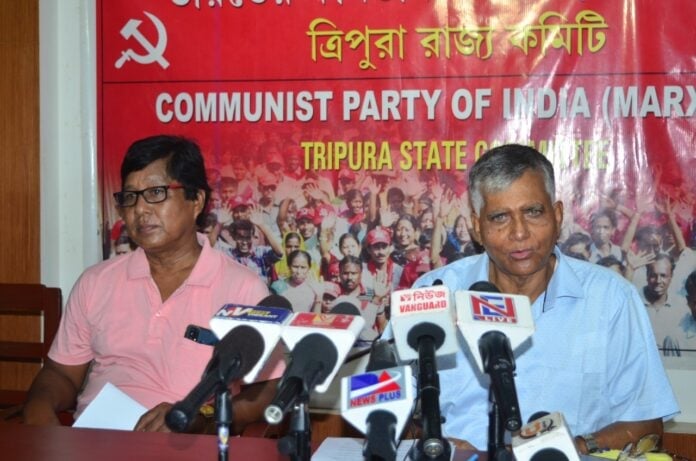 23rd August: CPI(M) Tripura State Committee announced a month-long protest on the 15-point charter of demands throughout the state in September. CPI(M) Tripura State Secretary Com. Gautam Das said at a press conference in Agartala that “as per the instructions of CPI(M) Central Committee, party’s State Committee members held a virtual meeting on Thursday, August 19, where it has been decided that the protest and movement will be organised at all sub-divisional levels”.

He further stated “With nearly 11 days are left in August, CPI(M) leaders and workers in Tripura will reach each and every people across the state, highlighting the demands through posters, distribution of leaflets and spreading messages through social media, to boost up the morale of common people in supporting their protest and movement in September”.Demand will include:

- The income source of common masses declined and hence, provide financial assistance of Rs 7500 to those families who are economically deprived.

- The central government should immediately waive off increased tariffs on petroleum products as the price of petrol and diesel at the international market is decreasing, yet the Modi-led government is hiking the prices every day in India.

- Repeal of all three farm laws.