Memo on PDS in Delhi 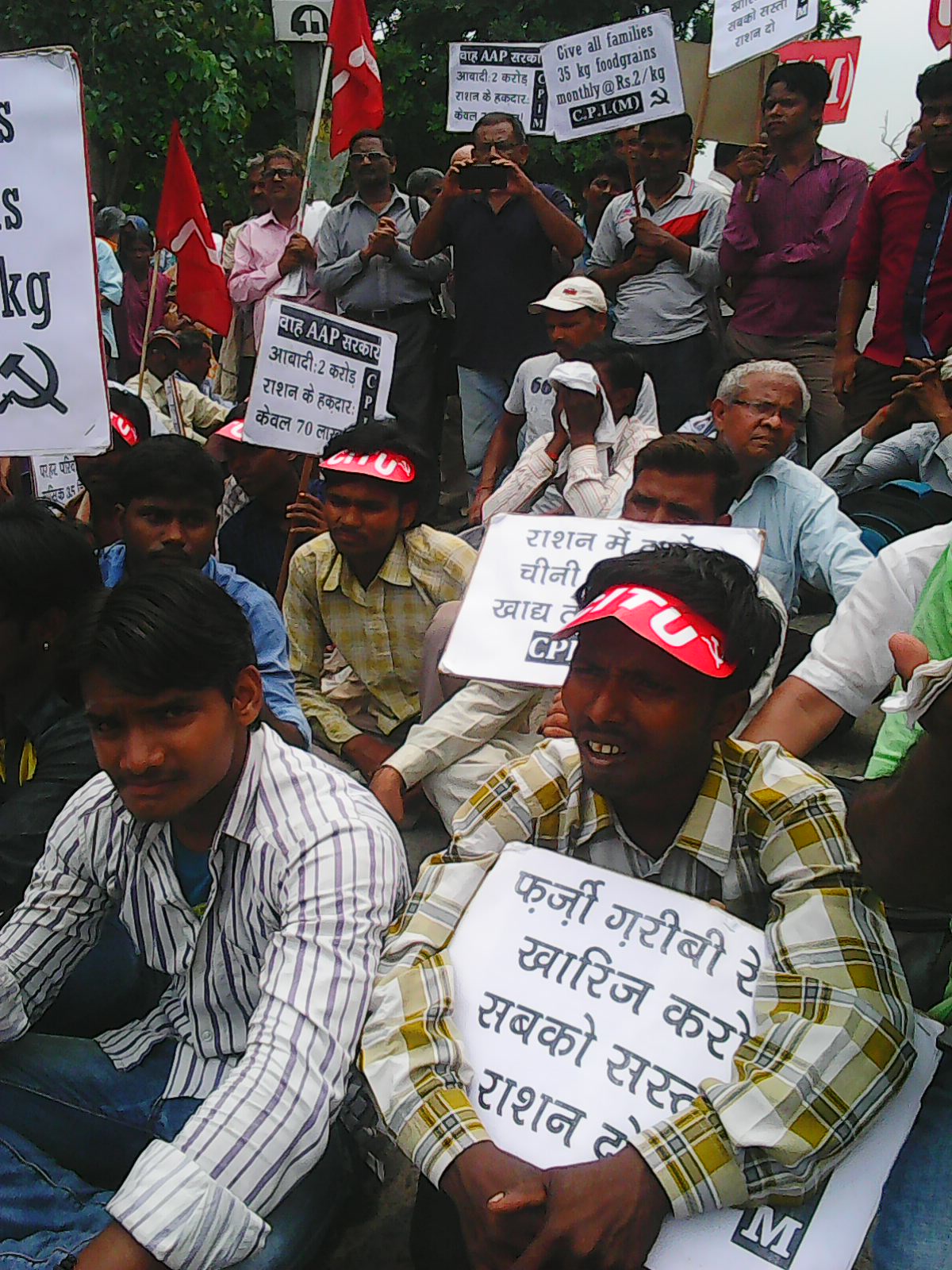 Minister for Food and Supply,

The people of Delhi are facing immense hardships due to unabated rise in prices of edibles, especially pulses and vegetables. The working class and other toilers are the worst victims of this crushing burden. The NDA Central Government is adding fuel to fire by permitting futures trading in food-grains and not bringing hoarders and black-marketeers to book.

A universal Public Distribution System can go a long way in curbing food inflation. Unfortunately, under the Food Security Act, passed by Parliament in August, 2013 only 50% urban and 75% rural households belonging to the Antyodaya and Priority (erstwhile BPL) categories are eligible to get food-grains at cheap prices. This omits large numbers of those who deserve benefit of cheap rations.

There is an urgent need to bring about drastic changes in the PDS in order to provide relief to the people. With this in mind we would like to you to consider the following:

i. The erstwhile Planning Commission had limited beneficiaries of the Food Security Act in Delhi to 43.59 % of urban and 37.69% of rural households. This was ostensibly based on the NSS 68th round’s survey of consumption expenditure data for 2011-12 and economic ranking of states determined by the Planning Commission. Further, the Planning Commission had pegged the poverty line in Delhi at a ridiculously low monthly per capita income of Rs. 1,134 for those living in urban and 1,145 for those living in rural areas. This poverty line is more like a starvation line.

The population of Delhi is 1.85 crores. Even if the warped criterion of the Planning Commission mentioned above is applied to this the total number of AAY and Priority cards issued in the state should be more than 22 lacs and beneficiaries around 80 lacs. However, the total number ration cards issued in Delhi up to June 2015 is significantly less than this and stood at 19,04,307 and the number of beneficiaries at 68,43,872 according to official data. In fact your government is providing benefits of Food Security Act to just about 37% of the urban and rural population taken together.

Various state governments have rejected the limits on beneficiaries placed by the Food Security Act and the Planning Commission and are spending extra out of their own resources to widen the net of coverage. Tamilnadu has universal coverage with no exclusion on the basis of income. Unfortunately, the AAP Government like its Congress predecessor is one of the few state governments who refuse to follow this path. This is highly unjust.  We therefore demand that, all household in Delhi should have the right to avail of cheap rations through PDS.

ii. Prior to the passage of the Food Security Act, families with Antyodaya, BPL, jhuggi and resettlement colony ration cards got 35 kg of foodgrains per month through the PDS. Under the Food Security Act, while Antyodaya families continue to get 35 kg foodgrains per month, those with Priority (erstwhile BPL) cards get 5 kg per head per month. As a result a BPL family of 4 is now getting just 20 kg of food-grains instead of 35 kg. Thus instead of increasing food security of BPL sections, the Act has achieved the opposite. This injustice must be undone by restoring the right of all erstwhile holders of BPL, jhuggi and resettlement colony ration cards to 35 kg food-grains per month.

iii. However, ensuring 35 kg of food-grains per month to Antyodaya and Priority category families and including all households under PDS coverage is not enough to offset the immense burden of price rise in edibles. This can be done if sugar, daals, salt, edible oil etc are also provided at cheap rates via the PDS. States like Kerala, Karnataka, Chhatisgarh, Tripura and Rajasthan are doing so in different measure with positive results. Your government too should ensure availability of sugar, daals, salt, spices and edible oil at cheap rates through the PDS.

iv. The number of Fair Price Shops in Delhi has fallen from 2975 in 2001 to 2421 in 2015 while the state’s population increased by 47 lacs. This is another indicator of the attempts of successive state to continually restrict PDS coverage.

v. A big part of supplies earmarked for the PDS are sold in the black market through the connivance Food and Supply Department officials and Fair Price Shop owners. As a result people are often denied their due quota of ration. The ration provided is often sub-standard. Similarly there are complaints about FPS owners not opening their shops regularly etc. Stern action should be taken against officials and FPS owners guilty of corruption in order to ensure that people get their due quotas of ration of a proper quality in a timely manner.

In sum we demand the following of your government:

a. Include all households in beneficiaries of the PDS.

b. Provide each nuclear family 35 kg food-grains per month at Rs. 2 a kg.

We hope you will give serious thought to these demands and take positive action in this regard.