Tripura: Protest Against Violence During First Phase of LS Poll

A protest rally was organised in Tripura against mass violence that took place in first phase of polls. Tripura West constituency had gone to polls on 11th April where Comrade Sankar Datta is our candidate. The BJP goons didn't allow people to cast votes and our polling agents were pushed out of booths while the administration and forces paid no heed. 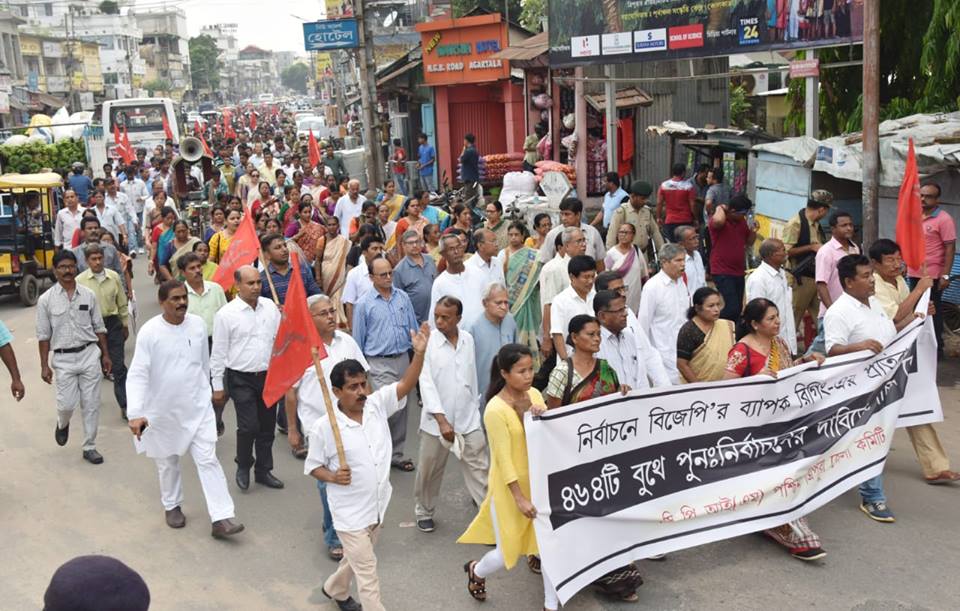 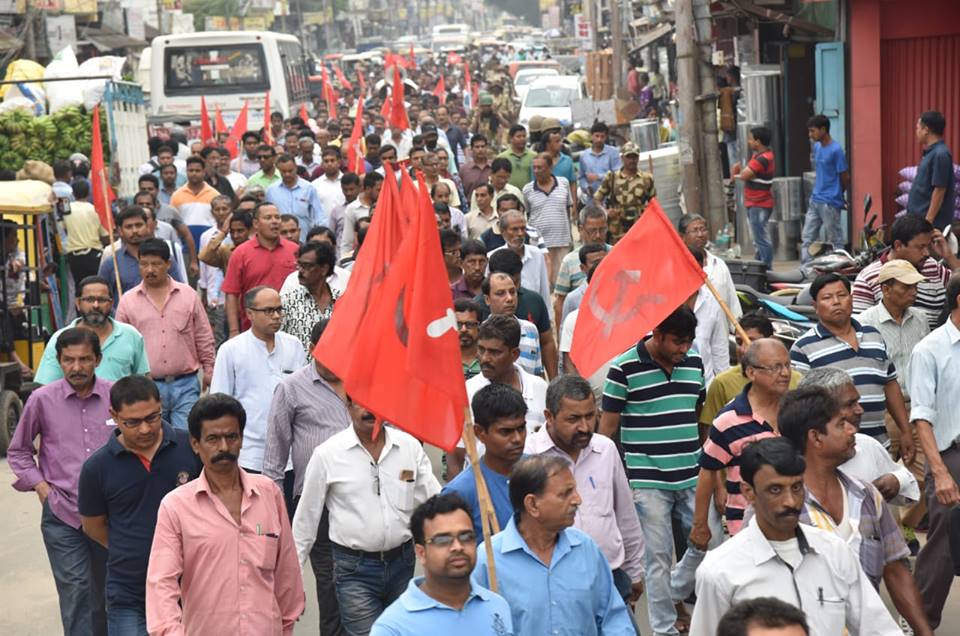 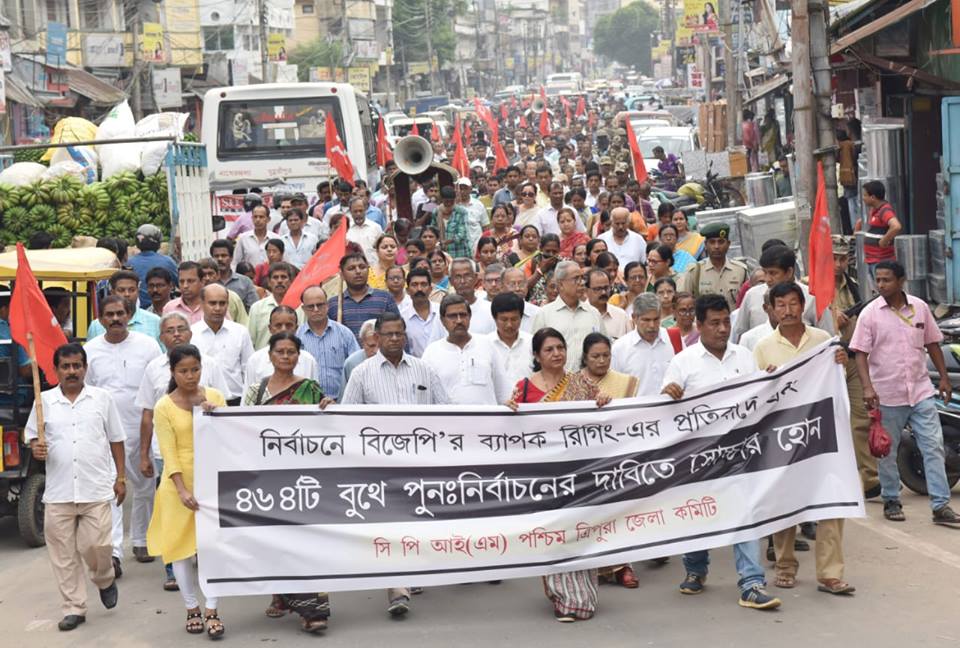