A massive rally was organized by the CPI(M) in Kanyakumari district of Tamil Nadu on Sunday. 10-3-2019 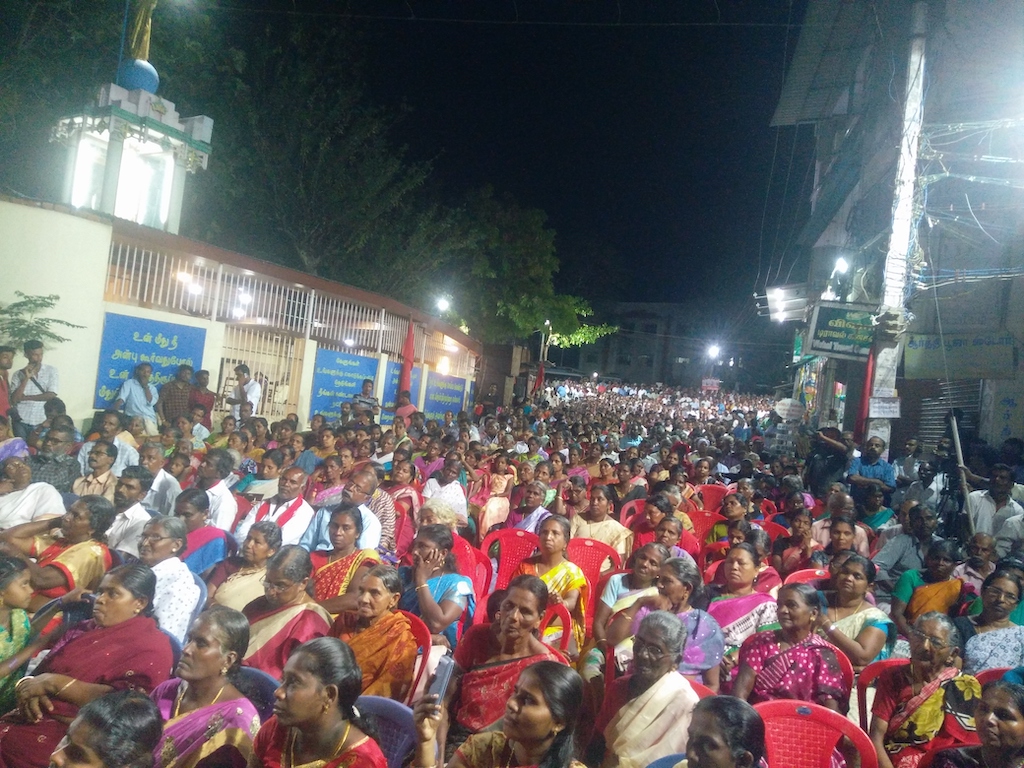 A massive rally was organized by the CPI(M) in Kanyakumari district of Tamil Nadu on Sunday. CPI(M) Politburo member Prakash Karat spoke at the meeting, and received the election funds collected by various committees from the common people. He noted that the coming election was one of the most important ones since independence and would determine whether India would remain a secular and democratic republic, and whether it would remain a country where people of all religions, languages and cultures lived in peace.

He said that the five years of the Modi government had seen a serious assault on the secular principles of the constitution. The Modi government which had promised to put an end to corruption had instead compromised the security of the country in order to favor crony capitalists. He said the government had also failed to honor its promises on job creation and fuel prices. Instead, it was attacking any institution that dared to be independent.

Comrade Prakash Karat called for the defeat of the BJP-AIADMK alliance in Tamil Nadu. He said Kanyakumari was a microcosm of India as people of all religions lived in harmony in the region even though the BJP and the RSS have tried to disrupt this. He said the people of Kanyakumari have a greater responsibility in ensuring that a BJP MP is not re-elected from the constituency.